Ladbroke is a betting and gaming company with a global online platform.

My main task was to help migrate legacy and aging platforms to a new platform, build and standardise high fidelity front-end design in Sketch library and create functional prototypes through multiple iterations, based on customer insights. 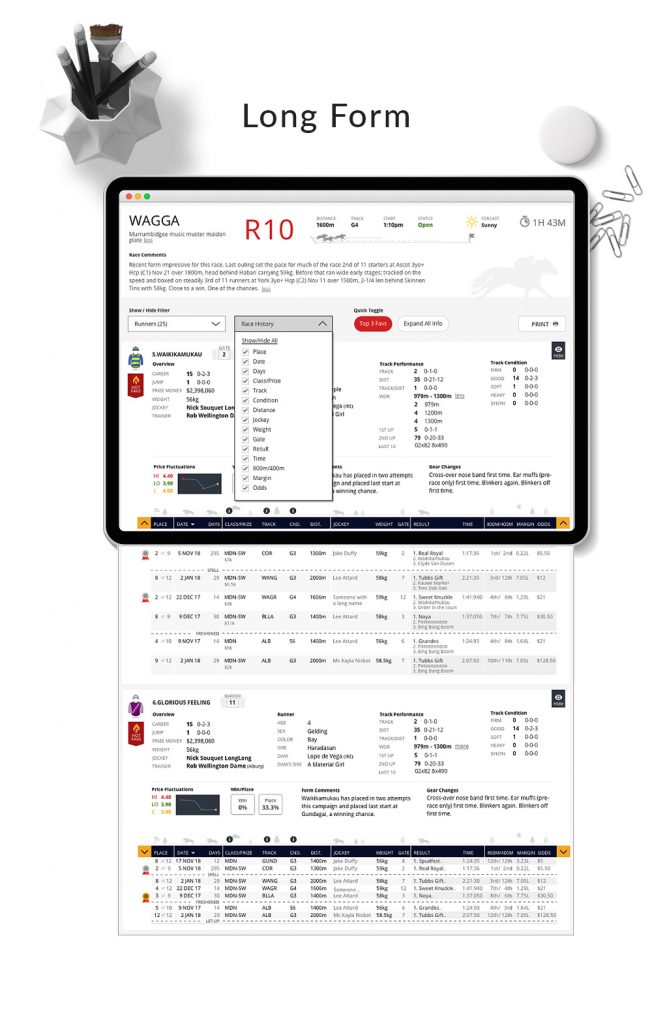 There are several ways to gather insights and these were the following I have utilised for the initial discovery:
‍
My research encompassed:

Interview sessions, customer journey discovery, page analytics and survey were conducted and we discovered the following:

Based on the above problems identified, I worked towards addressing these website pains by coming up with potential solutions:
Several Iterations were enhanced through user testing with new staff as this was a total new experience.
After testing and refining the Iterations, we built the full Prototype and engaged an external UX research company for testing. Normally, two iterations of refining the prototypes are completed before handing over to the developers.

All prototypes were validated by the business analyst (BA). I would work closely with the development team to get the design up on staging environment.

As a team we worked cohesively on the designs as per high fidelity prototype including pixel perfect and functionality. Occasionally I would take on the role of a front end developer and do front end coding css.

If time permits, I would conduct user testing sessions to validate the designs. Several iterations would have to be completed due to changes.

Once we did a final round of checking and given approval by the BA, the page would go live.

Design standards were set for the company after collaboration with the design team using Sketch. Created libraries for wireframe and prototyping hi fidelity mockups in all platforms.