Student Flights is a brand under Flight Centre Travel Group, Australia’s largest travel agency, that focuses on providing travel products and services to the age group of 14-28 years old students, teachers and young adults. Student Flights required a new uplift while migrating to a new platform.  A contemporary website which allows users to access information quickly and provides a great user experience while ensuring the discoverability of content which eventually led to sales.

The project was split into twenty sections to work on, which was prioritised by the business analyst (BA) after consulting the stakeholders. My process with each section was based on the following Lean UX process which was to incorporate the key phases of Discovery, Research, Ideation and Implementation.

There are several ways to gather insights and these are the following  approaches for the initial discovery:
‍
My research encompassed:

Focus group workshops of not more than 20 people were effective  to gain insights.  The image below shows some findings from the workshop over 4 groups. One of the methodology applied to this workshop was the user needs vs wants test. In order to understand customers perception of value on the website, participants were to allocate their “$100” spending on features of the websites. Through provision of value to the features they like the most, we could work out a median value for each preference. Thus, this was weighted out as preferences versus wants for each feature. After this testing, we had a session to get groups to start wireframing the pages they prefer.

All findings relied on a data-driven approach. My findings were surprising in some areas. For example the second biggest group (close to 30%) who uses Student flights website are customers aged 40 and above. Their main reason was to purchase a flight package for their family as a present. With this insight, I was able to pass on vital information to the marketing team and they can work on suitable products for this group of customers.

After gathering and analysing data from google analytics and clicktale and insights from workshops, I was able to identify the customers’ pain points and narrow down the scope of work.

An example of the website pain point was the mega menu. It was a SEO legacy aftermath which made up of 261 links. Data from Google analytics and Clicktale shows low click rates and long hover times. 80% of the interviewees could not find the links that they were tasked to do and some gave up halfway. Stakeholders were convinced to fix this problem quickly after my findings were presented. We organised a card sorting workshop with 3 groups of internal and external users. After the session we managed to successfully narrow down to 22 main links.  It was a huge win for the team and customer 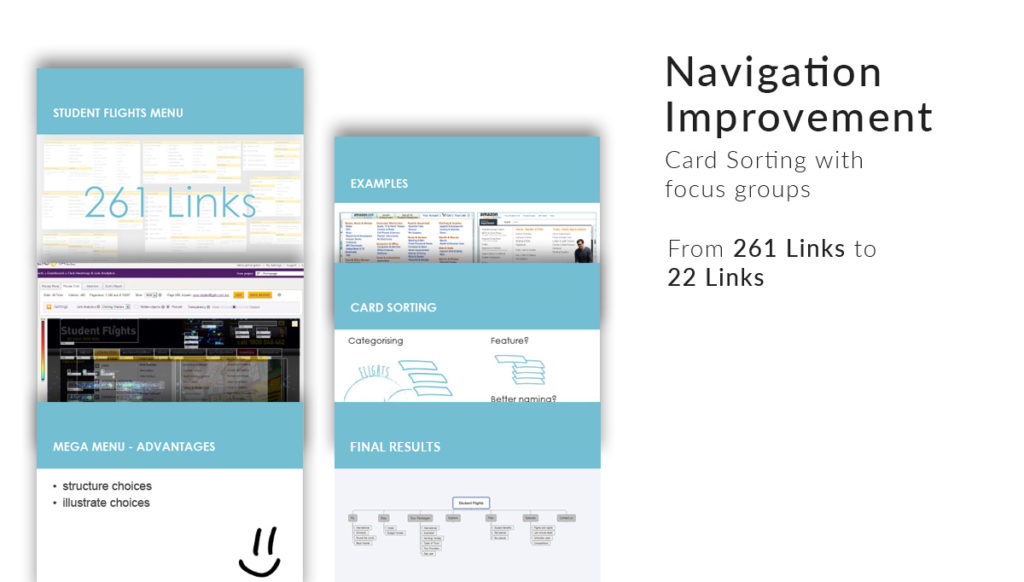 After identifying the problems, I addressed the website pains by coming up with potential solutions. Below are examples of low fidelity mockups to enable me to gather feedback on the layout and elements with stakeholders. Low fidelity was utilised as it is a quick and easy way to translate high-level design concepts into tangible and testable artifacts. This type of prototyping stimulates group work as it does not require special skills so more people can be involved in the design and idea formulation process. Besides, stakeholders will have a much clearer expectation and clarification about the project. Several iterations are processed to attain the desired outcome.

Thereafter with a solid understanding, I would do high fidelity prototypes which would appear and function as similar as possible to the actual product and test it with real users or get final-design approval from stakeholders.

Sometimes to quickly test a hypothesis we can use A/B testing to get instant and effective results. The following image is an example of me wanting to find out if the visibility of the enquiry form above the page fold will engage more users to interact with it? View the findings of the A/B Testing here.

Once the prototypes had been approved by stakeholders and BA, I would work closely with the development team to get the design up on staging environment. As a team we worked cohesively on the designs as per high fidelity prototype including pixel perfect and functionality. Occasionally I would take on the role of a front end developer and do front end coding css.

If time permits, I would conduct user testing sessions to validate the designs. Several iterations would have to be completed due to changes.

Once we did a final round of checking and given approval by the BA, the page would go live. 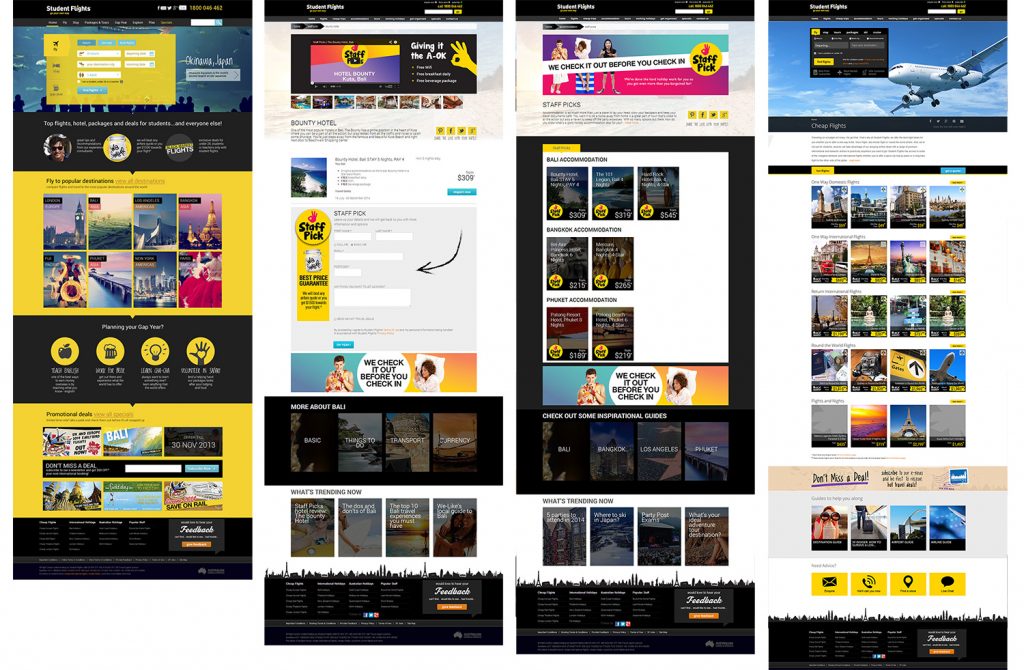 Depending on the objective of the project, I engaged analytics and customer surveys to gauge the performance of the website. Generally  Google Analytics was engaged in which the best measurements were bounce rates and engagement times. Another analytical tool used was Clicktale in which customers’ behaviour was observed on each specific pages to ensure an overall objective and performance was met.

Through in-house customer research and targeted user testing, I assisted Student Flights to rebuild their website and fine-tune features in search and compare which improve user ability tremendously.  This resulted in increasing leads and customer engagement, which lead to an improvement in both sales and customer engagement since the site launch. Overall there was a 9.7% growth in revenue for the company in that year. 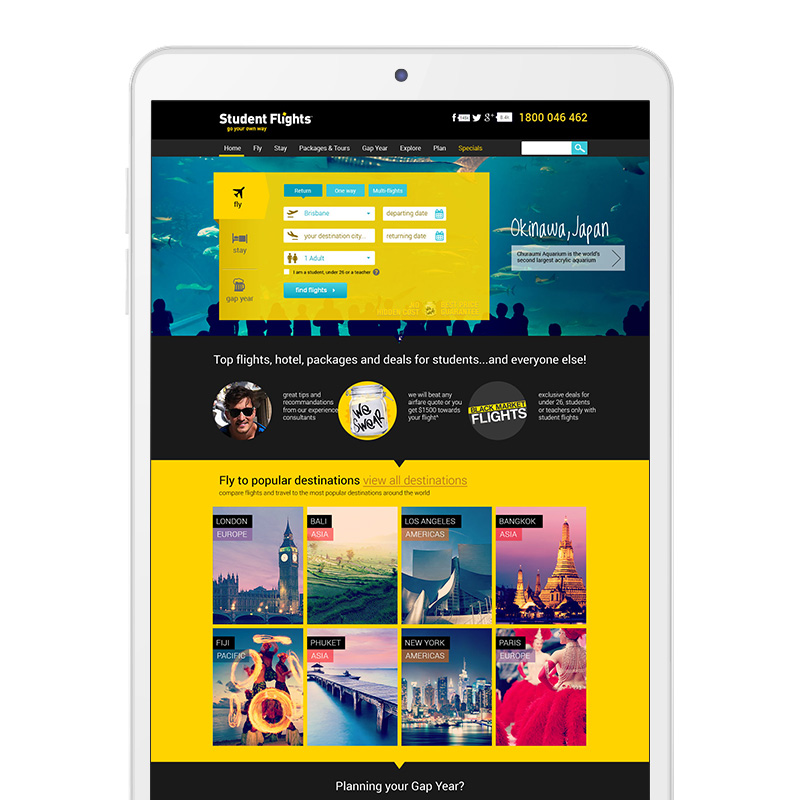 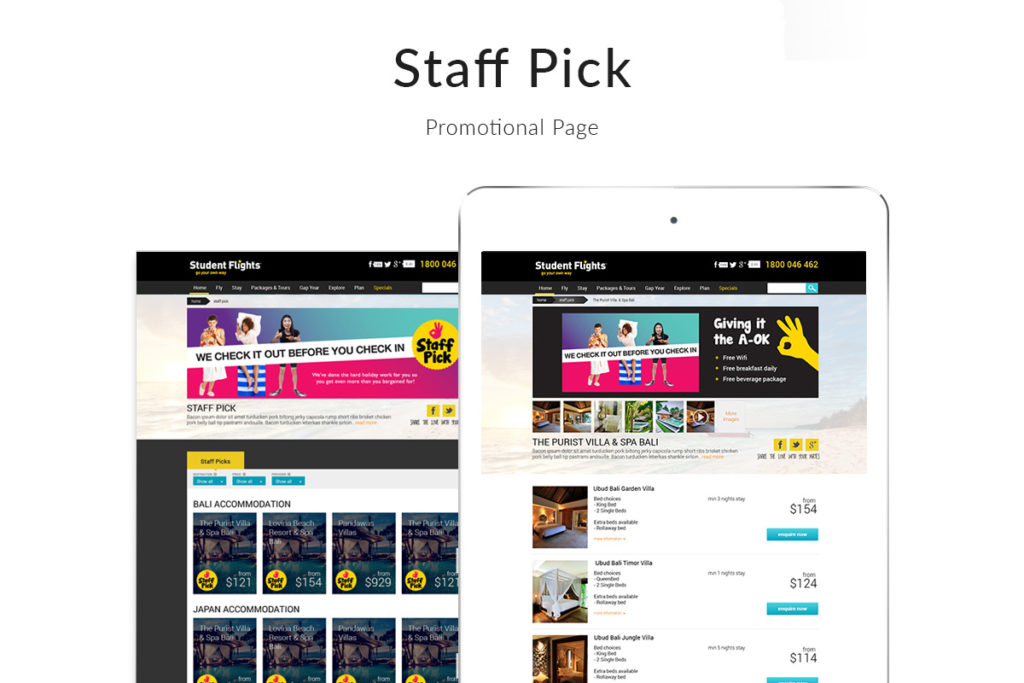 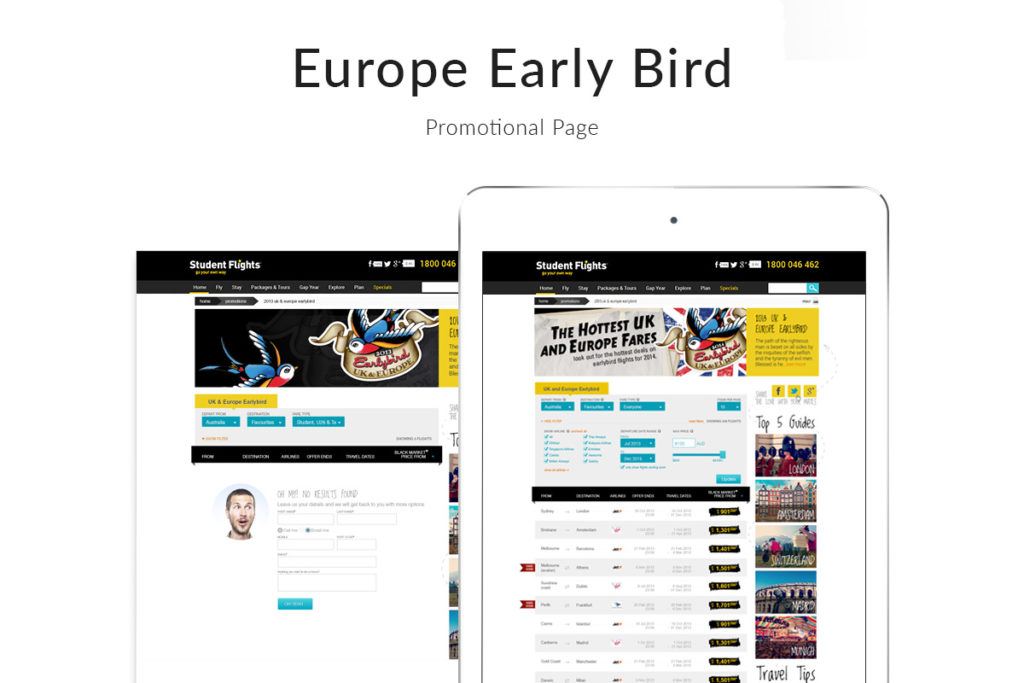 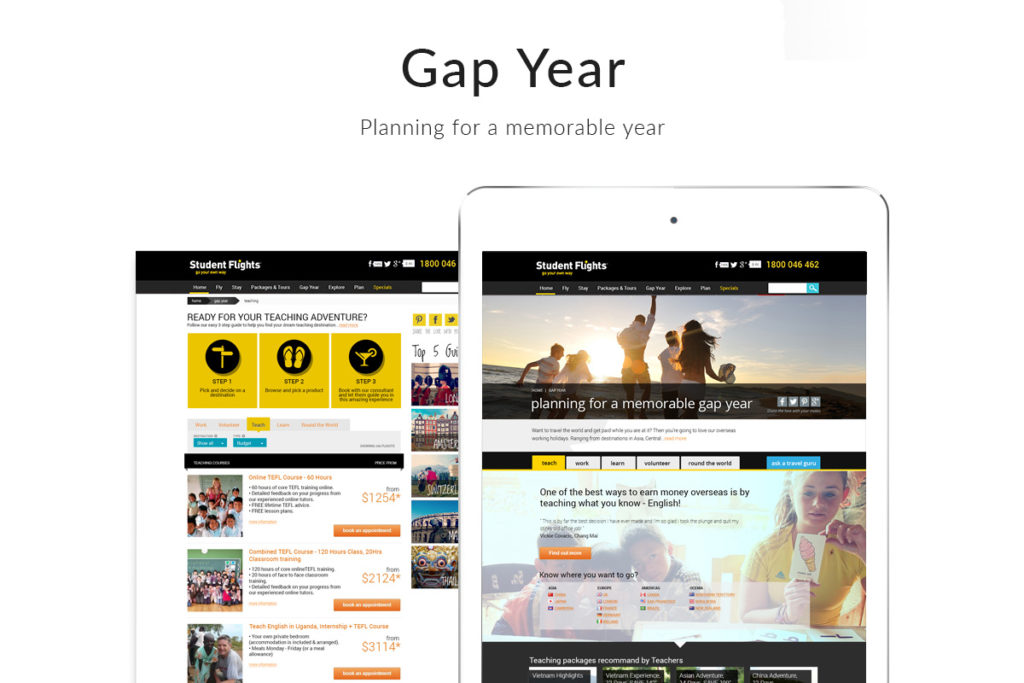 Create your creative pages without using any line of code, every feature you need is available in Wavo.

Create your creative pages without using any line of code, every feature you need is available in Wavo.
Contact form